Mike is the Broker of Record and Franchise owner of REALTY EXECUTIVES  Local Group Inc. Brokerage for the North Bay and Area, he brings professionalism and a winning team atmosphere to Executive Realtors, Buyer’s and Seller Clients alike.

How the city of North Bay got its name!

The legend is … A young man writing an order for a keg of nails ( for the first house ) wondered how to designate the camp he wanted it sent to.  While looking out over the bay that comes in from the lake, he quickly wrote ” Send it to North Bay “.

In 1882, John Ferguson decided that the north bay of Lake Nipissing was a promising spot for settlement. That year, the North Bay Police Service was also established. As settlers began to arrive to North Bay, as the train began to run more frequently, and as the lumber began to escalate in the area, North Bay was soon incorporated as a town in 1891. The first mayor was John Bourke. More importantly, Bourke developed the western portion of North Bay after purchasing the interest of the Murray Brothers from Pembroke, who were large landholders in the new community. The land west of Klock Avenue (Algonquin Avenue) was known as the Murray block. Bourke Street is named after John Bourke. Murray Street is named after the Murrays.

In 1951, as a result of rising tensions in the Cold War, the Royal Canadian Air Force established an air base at North Bay, part of an expanding national air defence network to counter the threat of nuclear attack against North America by Soviet bombers. Construction of RCAF Station North Bay (in 1966 retitled “Canadian Forces Base North Bay” and in 1993 as “22 Wing/Canadian Forces Base North Bay”) took three years, during which it became the largest industry in the community, a status it held for more than four decades. In October 1963, the North American Air Defence Command (NORAD) opened its Canadian operations centre at the base. Manned by American as well as Canadian military personnel, the centre, situated 60 storeys underground to withstand a nuclear strike, monitored Canada’s northern, east-central and Atlantic airspace, identifying and tracking all air traffic in this airspace, and responding to airborne emergencies, crime, and suspicious, unknown and potentially hostile aircraft. In 1983 this responsibility was expanded to all of Canada, and in October 2006 the base’s NORAD operations (as of 1981, called North American Aerospace Defence Command) moved into a new, state-of-the-art facility above ground where it continues to provide surveillance, identification and tracking of aircraft, and warning and response to emergencies, attacks and other crises, for the air sovereignty of Canada and North America. In summer of 2013, the base will also commence surveillance of space via SAPPHIRE, Canada’s first military satellite, that was launched into orbit from India in February 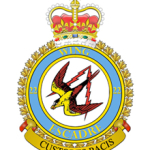 22 Wing North Bay, also known as the Canadian Air Defence Sector (CADS), is responsible for providing surveillance, identification, control and warning for the aerospace defence of Canada and North America at the Sector Air Operations Centre. On 1 April 1966, RCAF Station North Bay was officially designated Canadian Forces Base (CFB) North Bay. It was the home of 414 (Electronic Warfare) Squadron from 1972 until 1992. With the restructure of Air Command on 1 April 1993, it was renamed 22 Wing and, in 1994, celebrated its 50th anniversary as a formation.

The community of North Bay is full of vibrant caring  people who celebrate life with many Festivals, Seasonal Attractions and Special Events, all which bring the community closer together sharing their heritage. Housing in North Bay offers a variety of options depending on whether you prefer the urban or rural location. Country settings are available within minutes of the downtown core and provide an array of attractive living alternatives.  The City of North Bay also offers many recreational activites with natural trails for walking and many seasonal activities on golf courses, beaches, marina’s, skiing and snowmobiling.  North Bay also has a state of the art medical facilities.

Peter Taylor is your local Military Relocation Expert with ReMax Legends Real Estate Inc.  Brokerage.  Peter specializes in residential real estate but also has experience in buying and selling for commercial clients as well.  Peter has a background in renovation and design which is a great asset in the real estate business whether his clients are looking to buy, or sell a property.

If you are a Military Person looking to “Buy or Sell” in the North Bay area,  Peter Taylor is an Approved Realtor with Brookfield GRS and has the expertise to ensure your family finds it Dream Home at the price you can afford.  Use Peter’s expertise to your advantage when you are arranging for your next House Hunting Trip.  Peter will ensure you have your Relocation Package,  Send you valuable information about the different types of homes and neighborhoods’ available.  Peter can also help with your accommodations and rental car booking.   Call Peter to experience the “Personal Touch” that comes with using a IRP-DND.COM Realtor.

Only the top Realtors are chosen to represent personnel posted to bases across Canada. These are experts in helping families deal with the stress and complexities of dealing with claims and expenses.

Whether posted in or out your family deserves the best representation available to them. No sales teams on our network, just caring individuals who are dedicated to serving you, our client.

Phone or email any of our members to find out why they are the best at what they do in their particular area. As a member of a select network of experts, their only goal is to provide you with the Best Level of Service available.

Contact any of our DND IRP Relocation members to obtain your Free Posting Package and any Professional Contacts you may require.

We have a lists of professionals we can refer you too when you need advice on Mortgages, Financing Options, Lawyers, Offers of Purchase and Sale, Home Inspectors, Well and Septic for rural properties and Medical information.