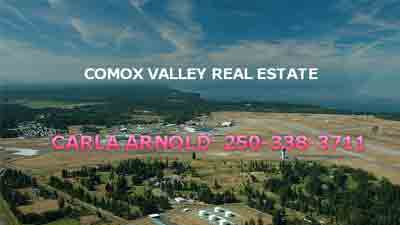 As part of the Canadian Miltary being posted is just a fact of life.  Our website is designed to give you the required information and contacts to make your next Posting as Stress Free as possible.

Carla Arnold is an Approved Service Provider to the DND Intergrated Relocation Program.  As your Brookfield Relocation Expert Carla can make your transition as smooth as possible, whether posted in or out of the Comox area.

Contacting Carla as soon as you receive your Posting Message will allow lots of time to start researching exactly what type of home you and your family are looking for, as well as what particular requirements you may have for amenities close to your home.  As your Local Military Relocation Expert Carla can guide you in your search and ensure you can find a home within your price range.  Carla will pre-book appointments for you to view all the homes you are interested in.  View Carla’s Comox Real Estate Listings

Carla’s main focus on being an Award Winning Realtor is to provide all her clients a Stress-Free experience, whether Buying or Selling in the Comox area.  Detailed marketing plans to expert market anaylisis are just two of the tools that has made Carla Arnold your Local Military Relocation Expert.  Carla’s expert knowledge of the Local Real Estate Market and her many  years of experience ensure her clients will find the home of their dreams in the Comox Valley.   Carla can assist you to become familiar with the Comox valley, the current market conditions, the types of homes available that may fit what you are looking for, the different communities and neighbourhoods that might appeal, and the resources you will require.

Posted Out of Comox

Carla will meet with you to discuss your posting date, provide a comprehensive Marketing Plan and Market Statistics to determine home value, provide useful home staging tips and suggestions for increasing saleability and top value.  She is a member of Canada’s Largest Military Relocation Realtor Directory whose agents are dedicated, knowledgeable and experienced.  They are chosen for their honesty , being straight-forward and their knowledge and experienced and will create a positive, stress free, real estate experience. 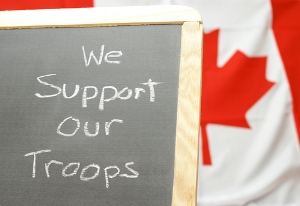 Background
The Federal Government Integrated Relocation Program is a unique program that provides government entities which include the Government of Canada, the Canadian Forces and the Royal Canadian Mounted Police with increased flexibility and assistance to relocate Members/Employees to new work locations.

How It Works
Government entities authorize their employees to relocate. BGRS administers their relocation according to one of 3 different directives/policies:

19 Wing, CFB Comox is a exciting and active Air Force community. The Comox Valley is known as the 4 Season Recreation Capital of Canada, whose residents live active lifestyles surrounded by the most breathtaking scenery on Vancouver Island. 19 Wing Comox reflects this West Coast attitude with a multitude of opportunities for the Defence Team and their families.

The Comox Military Family Resource Centre (Comox MFRC) is a registered non-profit society that works to support serving members and their families in the 19 Wing geographical area. A wide variety of programs and 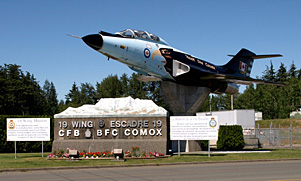 services are provided to the community by a multi-disciplinary team of core staff, trained volunteers, and partners in the local community.

19 Wing Comox is located at Canadian Forces Base Comox on Vancouver Island. Its Aurora crews keep watch over the Pacific Ocean looking for illegal fishing, migration, drugs and pollution in addition to foreign submarines. With CC-115 Buffalo Aircraft and CH-149 Cormorant Helicopters, they also carry out search and rescue operations in the busiest region in Canada, stretching from the B.C.-Washington border to the Arctic, and from the Rocky Mountains to 1,200 km out into the Pacific Ocean.

In addition to its operational squadrons, the Wing is home to 19 Air Maintenance Squadron and a national training school and the Canadian Forces School of Search and Rescue (CFSSAR). 19 Wing also supports cadet training at the Regional Cadet Gliding School (Pacific) and HMCS Quadra sea cadet camp.

In June of 1952, Station Comox was reactivated as an Air Defence Command (ADC) establishment under the operational control of 12 Air Defence Group (later changed to 5 Air Division) Vancouver. Starting in 1954 an extensive modernization program took place and several new buildings including a new large hangar (7 Hangar) were built. There was also an extension of the main runway to its present length of 10,000 feet.

The Station’s first operational squadron, 407 “Demon” Maritime Patrol Squadron, was reactivated on 1 July 1952 and equipped with Lancaster bombers that were modified for the Anti-Submarine Warfare role.

In February of 1953, the first 150 units of Permanent Married Quarters (PMQs) were completed and occupied. An elementary school for children of RCAF personnel was also established with classrooms for grades one to six and kindergarten.

409 “Nighthawk” All Weather Fighter Interceptor Squadron was re-activated at Comox on 1 November 1954. Over the years, it was equipped with the T-33 Silver Star, CF-100 Canuck and the CF-101 Voodoo. Also in l954, 51 Aircraft Control and Warning Squadron (radar) was formed at Comox as part of the CADIN-Pinetree radar line.

Comox had been designated an Air Defence Command base upon its reactivation in 1952. However, on 15 September 1961, it was officially placed under the control of Maritime Air Command. With the closing of RCAF Station Sea Island in Vancouver, 121 Composite Unit moved to its new home at Comox in July of 1964 with their Albatross aircraft.

In August of 1974, a second Maritime Flying unit, VU 33, moved to Comox from Patricia Bay Airport in Victoria with three CP 121 Tracker and three T-33 Silver Star aircraft. The move of VU 33 to Comox consolidated all military flying activity in British Columbia at Canadian Forces Base (CFB) Comox.

On 1 September 1975, CFB Comox and all squadrons came under the command of the Commander Air Command, with headquarters in Winnipeg, Manitoba.

On 29 June 1984, 409 Squadron ceased Voodoo operations at Comox and moved to CFB Cold Lake. Moreover, on June 1992, VU 33 ceased its operations and the squadron was disbanded. On 5 July 1992, 414 Squadron moved from North Bay to Comox. 414 Squadron was officially stood down 16 April 2002, following the retirement of the CT-133 Silver Star the previous month. In May 1993, 19 Air Maintenance Squadron was established in order to provide operational support to the Wing.

In 2002, 442 Squadron traded in their CH-113 Labrador helicopters for CH-149 Cormorants, marking a new era in Search and Rescue capabilities at the Squadron.

In 2002-03, 407 Squadron took part in Operation APOLLO in support of anti-terrorist surveillance operations over the Persian and Arabian Gulfs. From 2003-2011, 19 Wing personnel deployed to Afghanistan in support of Operation ATHENA, as well as numerous other operations around the world, like Operation MOBILE in 2010-11 above the skies of Libya.

Today, the two flying squadrons, 442 Transport and Rescue Squadron and 407 Long Range Patrol Squadron, supported by 19 Air Maintenance Squadron, maintain a heavy operational commitment, with an increased focus on Joint operations across the Canadian Forces.The approximately 1000 military and 300 full and part-time civilians fulfil the task of putting the right aircraft in the right place at the right time.

Contact Carla Arnold for any information regarding Buying or Selling in the Comox Valley area. 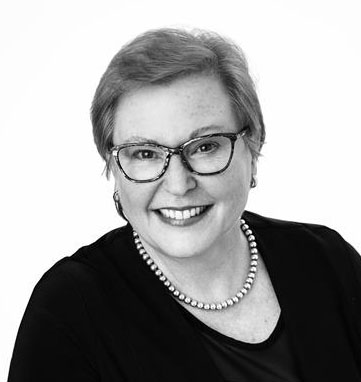