(CFB Borden) is located approximately 60 miles (100 km)  north of the city of Toronto, in the center of Simcoe County, one of the major tourist destinations in Ontario. CFB Borden is centrally located to service personnel from all of Canada. The base is a major economic contributor in Simcoe County and promotes community relations with all the surrounding local communities.

The Commander of CFB Borden changes on a regular basis and is responsible to provide administrative control over the base personnel and of those co-located units. The Base Commander is responsible for the provision of support services to all CFB Borden units, which comprises 21,000 acres of land, including a 6,000-acre training area and approximately 460 buildings.

Serving as a link between the Base and the community is Honorary Colonel Jamie Massie. Honorary Colonels have many responsibilities, including fostering unit esprit de corps, being the guardian of unit traditions and history, and to act as an adviser to the Commander on all issues, except operations.

The mission of CFB Borden is to support all of its customers in the most cost effective manner to enable them to accomplish their missions. These customers include several military training establishments and a variety of other military and civilian organizations located on the base.

CFB Borden contributes significantly to the region’s economy. Annual salaries for military and civilian Department of National Defense employees working on the base total approximately $142 million. The annual cost of operating and maintaining the base is $49 million. Of that $49 million, $6 million goes to utilities and $5 million is a direct Payment In Lieu of Taxes (PILT) contribution to the local government.

Let Ed’s experience as a Local Military Relocation Expert guide you through your next move.

The mandate of CFSTG is to train and educate Canadian Armed Forces members in trades that support our men and women in front line Sea, Land and Air occupations. A few of the many military trades taught at CFSTG include cooks; financial clerks; logisticians; engineers; firefighters; and nuclear, biological and chemical technicians to name a few. For every soldier in the field, pilot in the air or sailor at sea, there are seven other military members in trades supporting that operator in the field. CFSTG’s job is to train those people.

The Waterloo Mess, also known as the Base Borden Officers’ Mess (BBOM), is the only officers’ mess at CFB Borden. The BBOM is located at the corner of Dieppe and Waterloo Roads, across from the chapels and Worthington Park. Full services are available at BBOM for all sorts of functions from small casual affairs to full size formal events for as many as 400 people.

For further information on mess activities and/or bookings please contact either the Mess Manager or Mess Secretary at 705-424-1200, extension 2536.

Located adjacent to Bleachers, and boasts a nightclub atmosphere catering to a variety of musical tastes. The Huron is the site of all live performances and special functions. The club itself consists of a lower lounge, the upper Sadlier lounge and television and games rooms. A portion of the lower lounge has been designated as an area of relaxed dress in which persons in work dress or combat clothing are permitted after 1830 hrs. The Sadlier lounge is available for private functions which can be rented with or without bar service.

This club, located on the south side of the base, is the major venue for all sports entertainment and events. Housed at the Ojibwa is a games room, TV lounge with satellite capability and a fenced patio complete with gas barbecues and horseshoe pits. Base barbecues are available for the use of the mess members (summer months).

This Club is located within the Ojibwa building and is completely an alcohol free environment. Specializing in assorted coffees from espresso’s to latte’s the Café provides a relaxed atmosphere where member can also take advantage of the free internet service. This Service Club is open to all Jr Ranks’, staff and students.

The Borden Citizen is Base Borden’s unofficial newspaper. It is published every Friday and is distributed to all base units and to all Married Quarters by carriers. The paper is also delivered into Angus via Canada Post. The Borden Citizen provides information to the Borden community and area. The office is located at building S 138 (Rafah Crescent off Ortona Road). The office is open Monday to Friday 7:30 to 15:30.

In 1916, the government of Canada acquired Sandy Plains to train the Canadian Expeditionary Force for overseas duty.  This new facility could accommodate 30,000 personnel. The first Air Force Station in Canada came soon after in 1917.  Its mission was to train pilots for the Royal Naval Air Service and the

Royal Flying Corps Canada. In 1924 Borden became the largest Air Station in Canada.  During the 1930’s Borden was made a permanent Army Training Base.  Signals, Armour, Infantry, Service Corps, Medical Dental, Provost, Intelligence, and Nuclear Biological and Chemical Schools were all established in the years that followed. In 1940, the Royal Canadian Air Force established what is now the Canadian Forces Ammunition Depot Dundurn – Detachment Angus. It also continued to train WWII pilots and aircrews.

In 1966 Borden became an integrated training Base incorporating nine Canadian Schools. In 1970, the Armour and Infantry schools moved to Gagetown and the Language Training School was formed at Borden.  In 1995, Canadian Forces Recruiting, Education and Training System (CFRETS) was moved from Trenton to Borden. This move was made to centralize headquarter staff functions. In 1997 the Commander Training Schools (CTS) was formed, consolidating the Deputy Chief of Staff Occupational Training staff and the CFB Borden staff. In 1999, CTS reorganized and became the Canadian Forces Support Training Group (CFSTG).  Currently, CFB Borden trains 15,000 (on average) military personnel annually. CFB Borden employs approximately 3,250 military members and approximately 1,500 civilians.

CFB Borden contributes significantly to the region’s economy.  Annual salaries for military and civilian DND employees working on the base total approximately $142 million. The annual cost of operating and maintaining the base is $49 million.  Of that $49 million, $6 million goes to utilities and $5 million is a direct Payment In Lieu of Taxes (PILT) contribution to local governments.

The Base Borden Military Museum is one of Canada’s largest Military Museums which holds a significant collection of WWI, WWII, and post-war armoured vehicles, trucks, and aircraft.  The Museum tells the story of Camp Borden and the various Schools, Corps, and Branches that have their heritage vested at Base Borden. The Museum complex consists of several buildings and a memorial park. For more information, please call 705-423-3531.  The Canadian Forces Day and Air Show is held every two years at CFB Borden.

Emergency Government Headquarters are nuclear fallout bunkers built by the Government of Canada at the height of the Cold War during the infancy of the ICBM threat. Scattered across the country, the shelters are popularly known as “Diefenbunkers”, a nickname coined by Liberal opposition politicians of the early 1960s, and was derived from the name of the Prime Minister of the day, John Diefenbaker, who authorized their construction. Over 50 bunkers were built, including the many redundant Relocation Unit locations as well as retrofitted buildings that comprised many Zone Emergency Government Headquarters locations.

Most of these facilities were built, often in great secrecy, at rural locations outside major cities across Canada. The majority of the larger facilities were two-story underground bunkers while the largest at CFS Carp had four floors; these facilities were designed to withstand a near-miss from a nuclear explosion. Each underground facility had entrances through massive blast doors at the surface, as well as extensive air filters and positive air pressure to prevent radiation infiltration. Underground storage was built for food, fuel, fresh water, and other supplies for the facilities which were capable of supporting several dozen people for a period of several weeks.

Following the end of the Cold War, most of the Diefenbunkers were decommissioned. Several of the facilities on active Canadian Forces Bases, such as CFB Borden and CFB Valcartier, remain in government control. Diefenbunkers located on smaller Canadian Forces Stations were mostly sold off, or demolished. 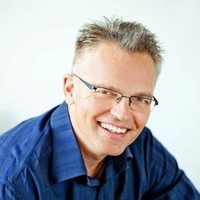 Only the top Realtors are chosen to represent personnel posted to bases across Canada. These are experts in helping families deal with the stress and complexities of dealing with claims and expenses.

Whether posted in or out your family deserves the best representation available to them. No sales teams on our network, just caring individuals who are dedicated to serving you, our client.

Phone or email any of our members to find out why they are the best at what they do in their particular area. As a member of a select network of experts, their only goal is to provide you with the Best Level of Service available.

Contact any of our DND IRP Relocation members to obtain your Free Posting Package and any Professional Contacts you may require.

We have a lists of professionals we can refer you too when you need advice on Mortgages, Financing Options, Lawyers, Offers of Purchase and Sale, Home Inspectors, Well and Septic for rural properties and Medical information.