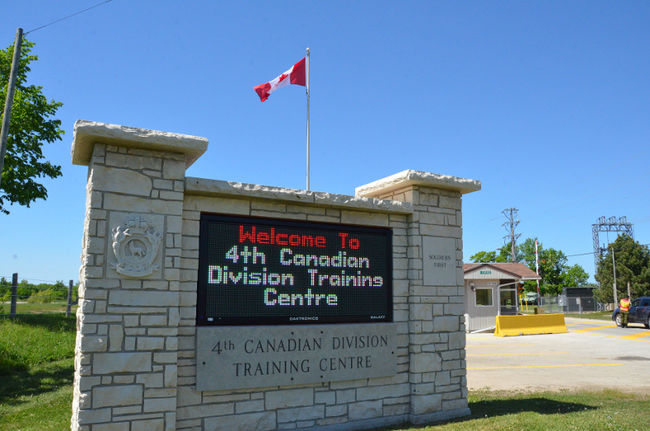 Meaford is located on the southern shore of Georgian Bay, about 2 hours Northwest of Toronto.  The Municipality of Meaford covers a large area, spanning South East to Blue Mountain and North West to Owen Sound.  This area is known for its beautiful landscapes and as a haven for those who love the outdoors.

Owen Sound boasts the largest community in Grey and Bruce Counties, consisting of an endless valley of rocks, a part of the Niagara Escarpment.  Blue Mountain hosts a variety of free festivals and concerts.  It also caters to the outdoor enthusiast, with the option of: mountain biking, hiking, scenic caves, skiing, snowboarding and snowshoeing to name a few.  A beautiful ribbon of green that travels through this municipality is known as the Georgian Trail.  It is considered to be 32 km’s of ‘Rails to Trails’, as it follows the route of the original Northern Railway, running along the picturesque shores of Georgian Bay.

The training centre conducts year-round courses for Regular Force personnel, generally the DP1 Infantry for the RCR, Royal Canadian Regiment, while expanding dramatically during the summer months to accommodate a large number of courses for Primary Reserve personnel.

During the period of June–September every year, LFCA TC Meaford serves as the primary training location for Primary Reserve and exercises for units from the Greater Toronto Area, also other locations across southern and eastern portions of Ontario.

4th Canadian Division Training Centre (4 Cdn Div TC) Meaford’s current role not only includes being a training facility for Regular and Reserve soldiers in Ontario but also hosts a variety of other countries military units and non military agencies. On average 4 Cdn Div TC Meaford has over 600 soldiers in training on any given week. The primary training is directed to basic Soldier Qualification skills pertaining to the combat arms, primarily field craft, offensive and defensive operations, weapons handling drills and the tactics techniques and procedures on employing these skills in a combat setting. Military units from the United States, New Zealand, Jamaica, United Kingdom and others have taken advantage of what 4 Cdn Div TC has to offer. In addition, Police agencies, security services and emergency service organisations from all over the province and from outside the country have honed their skills and refreshed their knowledge at 4 Cdn Div TC Meaford.

In 1942, the Department of National Defence purchased 800 km2 (200,000 acres) of private lands along Georgian Bay in the St. Vincent Township. The southern edge of this property is 5 km northwest of the town of Meaford and its western boundary is 15 km northeast of the city of Owen Sound. The property is centred on Cape Rich, a headland extending into Georgian Bay which divides Owen Sound from Nottawasaga Bay.

The Meaford Military Camp (also known as Camp Meaford) was intended for tank warfare and artillery gunnery training. Its landscape included limestone cliffs, dense forest and rolling open agricultural land, as well as swamps all based on a topography of heavy clay broken up by a vast distribution of rock, Mountain Lake, and a 22 km shoreline. The facility was administratively an annex to Camp Borden.

From its inception during World War II until the late 1960s when the Canadian Forces were unified, Camp Meaford was used extensively by regular force Canadian Army units assigned to Camp Borden. It hosted the following training schools for exercises and driver training:

The integration of the modern-day Canadian Forces saw the transfer of the Combat Arms School from CFB Borden to CFB Gagetown in 1969–1970, dramatically reducing the requirement for Camp Meaford. In 1970, it was decided to mothball the entire facility, reducing staffing from 153 military and civilian personnel to a five-person security staff of Commissionaires.

“…when Meaford Range is dormatized…it will no longer be used for military purposes, including Regular Force and Militia exercises, training and field firing.” (April 1970 DND internal communication) [1]

During the early 1970s, units of the Canadian Forces Primary Reserve began to make unofficial use of this DND property only 180 kilometres (110 mi) north of Toronto, rather than face the 380-kilometre (240 mi) drive to CFB Petawawa for training.

Posted to Another Base?

To Find you Local IRP Military Relocation Expert just pick your Province from the list below.   You will then be given a list of the Military Bases to choose from.