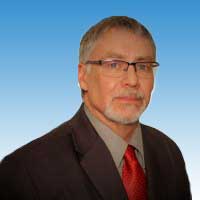 Call Dave Whether Buying or Selling in the Halifax & Dartmouth area

Hello, and thank you for visiting my website.  My name is Dave Roberts, REALTOR® with Century 21 Trident Realty Ltd., Dartmouth.
Growing up in Nova Scotia, and traveling throughout North America has made me appreciate the people and lifestyle that this province has to offer.
From its natural beauty to the friendly people, Nova Scotia is second to none.  After many years in the service industry, Real Estate became an obvious choice for me.
Raised by hardworking parents in a rural community has taught me the work ethic and commitment required to get the job done and to achieve my goals. Let me take that same work ethic and enthusiasm and allow me to help you reach your goal of that first home, or your forever home.
Regardless of whether you are buying, selling, upsizing, downsizing or searching for that perfect summer getaway, I can help you navigate the often confusing world of real estate.

Halifax, formally known as the Halifax Regional Municipality (HRM), is the capital of the Canadian province of Nova Scotia. It had a population of 403,131 in 2016, with 316,701 in the urban area centered on Halifax Harbour.  The regional municipality consists of four former municipalities that were amalgamated in 1996: Halifax, Dartmouth, Bedford, and Halifax County.

Halifax is a major economic center in Atlantic Canada with a large concentration of government services and private sector companies. Major employers and economic generators include the Department of National Defence, Dalhousie University, Saint Mary’s University, the Halifax Shipyard, various levels of government, and the Port of Halifax. Agriculture, fishing, mining, forestry and natural gas extraction are major resource industries found in the rural areas of the municipality.

Halifax is located within the traditional ancestral lands of the Mi’kmaq indigenous peoples, known as Mi’kma’ki.  The Mi’kmaq have resided in Nova Scotia, New Brunswick and Prince Edward Island since prior to European landings in North America in the 1400s and 1500s to set up fisheries. The Mi’kmaq name for Halifax is K’jipuktuk, pronounced “che-book-took”.

Wooden palisade erected along Dartmouth in response to the raid on Dartmouth, opposite side of the harbour from the Great Pontack, during Father Le Loutre’s War, 1759.

The first permanent European settlement in the region was on the Halifax Peninsula. The establishment of the Town of Halifax, named after the 2nd Earl of Halifax, in 1749 led to the colonial capital being transferred from Annapolis Royal.

The establishment of Halifax marked the beginning of Father Le Loutre’s War. The war began when Edward Cornwallis arrived to establish Halifax with 13 transports and a sloop of war on June 21, 1749.  By unilaterally establishing Halifax, the British were violating earlier treaties with the Mi’kmaq (1726), which were signed after Father Rale’s War.  Cornwallis brought along 1,176 settlers and their families. To guard against Mi’kmaq, Acadian and French attacks on the new Protestant settlements, British fortifications were erected in Halifax (Citadel Hill) (1749), Bedford (Fort Sackville) (1749), Dartmouth (1750), and Lawrencetown (1754), all areas within the modern-day Regional Municipality. St. Margaret’s Bay was first settled by French-speaking Foreign Protestants at French Village, Nova Scotia who migrated from Lunenburg, Nova Scotia during the American Revolution.

December 1917 saw one of the greatest disasters in Canadian history, when the SS Mont-Blanc, a French cargo ship carrying munitions, collided with the Belgian Relief vessel SS Imo in “The Narrows” between upper Halifax Harbour and Bedford Basin. The resulting explosion, the Halifax Explosion, devastated the Richmond District of Halifax, killing approximately 2,000 people and injuring nearly 9,000 others.   The blast was the largest artificial explosion before the development of nuclear weapons.  Significant aid came from Boston, strengthening the bond between the two coastal cities.

Aftermath of the Halifax Explosion, a maritime disaster that devastated the city in 1917.

The four municipalities in the Halifax urban area had been coordinating service delivery through the Metropolitan Authority since the late 1970s, but remained independent towns and cities until April 1, 1996, when the provincial government amalgamated all municipal governments within Halifax County to create the Halifax Regional Municipality. The municipal boundary thus now includes all of Halifax County except for several First Nation reserves.

Since amalgamation, the region has officially been known as the Halifax Regional Municipality (HRM), although “Halifax” has remained in common usage for brevity. On April 15, 2014, the regional council approved the implementation of a new branding campaign for the region developed by the local firm Revolve Marketing. The campaign would see the region referred to in promotional materials simply as “Halifax”, although “Halifax Regional Municipality” would remain the region’s official name. The proposed re-branding was met with mixed reaction from residents, some of whom felt that the change would alienate other communities in the municipality through a perception that the marketing scheme would focus on Metropolitan Halifax only, while others expressed relief that the longer formal name would no longer be primary. Mayor Mike Savage defended the decision, stating: “I’m a Westphal guy, I’m a Dartmouth man, but Halifax is my city, we’re all part of Halifax. Why does that matter? Because when I go and travel on behalf of this municipality, there isn’t a person out there who really cares what HRM means.”