As your Local Military Relocation expert we have successfully helped hundreds of RCMP & DND members with the sale or purchase of their homes in Edmonton and the surrounding area. All of our real estate partners are on the BGRS supplier list including lawyers and certified property inspectors. If you need assistance with your mortgage approval, we have mortgage brokers who are familiar with the military buy-downs.

We will use our Local Expertise to negotiate your price and terms, making sure that you pay fair market value for your home.  Some of the other tasks that we will manage for you include:

Help you get pre-qualified for a mortgage

Welcome to our Edmonton Military Relocation site. Whether you are looking to purchase a new home or sell your existing one, we are here to help make your posting less stressful. Our Realtors® are on the approved supplier list with Brookfield Global Relocation Services. Avoid feeling overwhelmed by taking advantage of our Canadian Armed Forces Members (DND & RCMP) relocation real estate experience.

Whether Buying or Selling we are committed to providing transferring military members and their families with service beyond their expectation. All our Realtor’s  are on the approved suppliers’ list with the DND and RCMP IRP program officially called the Brookfield Global Relocation Services-BGRS (was called RLRS or Royal LePage Relocation Services), now known as Canadian Armed Forces Relocation Program. Whenever you are posted into or out of the Edmonton area, our job is to make the move as stress-free as possible!  As members of Canada’s #1 Military Relocation Directory our expertise in Military & RCMP is un-equaled.

CFB Edmonton is a Canadian Forces base located in Sturgeon County adjacent to the City of Edmonton in Alberta, Canada. It is also known as Edmonton Garrison or “Steele Barracks”

CFB Edmonton’s story begins at an old airfield called Blatchford Field, a few kilometres south from where CFB Edmonton would eventually be located. The airfield first began operating after the First World War and became 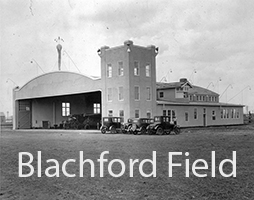 important to the opening up and development of Northern Canadaa. During the Second World War Blatchford Field became a Royal Canadian Air Force (RCAF) training station under the British Commonwealth Air Training Plan. No. 16 Elementary Flying Training School (No. 16 EFTS) and No. 2 Air Observers School (No. 2 AOS) used the aerodrome. The RCAF also ran No. 4 Initial Training School which was a ground school located at the University of Alberta. No. 16 EFTS closed in 1942 and No. 2 AOS closed in 1944. After No. 2 AOS closed, the station formally became known as RCAF Station Edmonton. Many RCAF squadrons and units were located here, including a survival school and the RCAF Winter Experimental Establishment (WEE). A United States Army Air Forces (USAAF) B-29 bomber detachment also used the station.

During the war the airfield became a staging point for the U.S. defence of Alaska and was heavily used by the U.S. military. Aircraft had to be ferried and transport aircraft used the aerodrome to support the construction of the Alaska Highway. Air traffic increased significantly and flying activities were becoming hazardous. Since the old airfield could not be expanded because of its proximity to the city of Edmonton, the U.S. Government built a new air facility at Namao, about 11 km north of the city. The United States Army Corps of Engineers built two runways at the base, 03/21 and 12/30, both 2,100 m  long and Canada’s longest at the time. The Americans ran the Namao airfield until the end of the war when the Canadian Government took it over. RCAF Station Edmonton, located at the old Blatchford Field, developed some severe limitations and so all RCAF Squadrons and support units were transferred to the “new” RCAF Station Namao on 1 October 1955. Blatchford Field was turned over to the Edmonton municipal government and became the commercial Edmonton City Centre (Blatchford Field) Airport.

During the Cold War RCAF Station Namao was used by the United States Strategic Air Command, which constructed a “Nose Dock” capable of servicing the nose and wings of heavy jet bombers and tankers on the south side of the airfield. The station also hosted the Edmonton Rescue Coordination Centre, and served as home base for United Nations Food Aid flights, delivering aid to Ethiopia, Somalia, and Bosnia. Because Namao at that time had a 4,200-metre (13,780 ft) runway, 12/30, it was a designated an emergency Space Shuttle landing site by NASA.

In 1968, when Canada’s armed forces were amalgamated, RCAF Station Namao was redesignated Canadian Forces Base Edmonton (Lancaster Park) and was under command of the new Air Transport Command and later Air Command.

CFB Edmonton is currently the headquarters of 3rd Canadian Division, the highest military authority in western Canada, and a number of brigade groups, including 1 Canadian Mechanized Brigade Group, the only Regular Force brigade group in the region. The base is situated at Steele Barracks (named for Sir Sam Steele) just outside of the city. The area formerly known as CFB Griesbach within the city itself is no longer operational, all buildings and land were sold and are no longer crown assets. The base as a collective is an important part of the community surrounding Edmonton and is home to some of the most prestigious and experienced units in the Canadian Military.

The 3rd Battalion, Princess Patricia’s Canadian Light Infantry, along with elements of Lord Strathcona’s Horse (Royal Canadians) and 1 Combat Engineer Regiment were chosen to be a part of Canada’s military response to the September 11, 2001 attacks and were deployed on combat operations to Afghanistan in 2001 and 2002. Units from the base are currently deployed or in the process of deploying to Kandahar, Afghanistan as part of the Canadian Forces command takeover in that area as well. Units from Edmonton have also been deployed on domestic operations such as to assist with the Red River Flood in 1997 and, more recently, as a part of Operation Peregrine in response to the forest fires in British Columbia in 2003. Units from CFB Edmonton have also been deployed on numerous peacekeeping operations, including to Bosnia and Kosovo, among others.

The Area Support Unit (ASU) and CFB Edmonton provide infrastructure and support to 47 units located in and around Edmonton. The number of military personnel at these units includes 4,500 regular, and 500 reserve force soldiers. There are also 500 civilian employees and 7,800 family members, bringing the total population of the Edmonton military community to approximately 13,300. 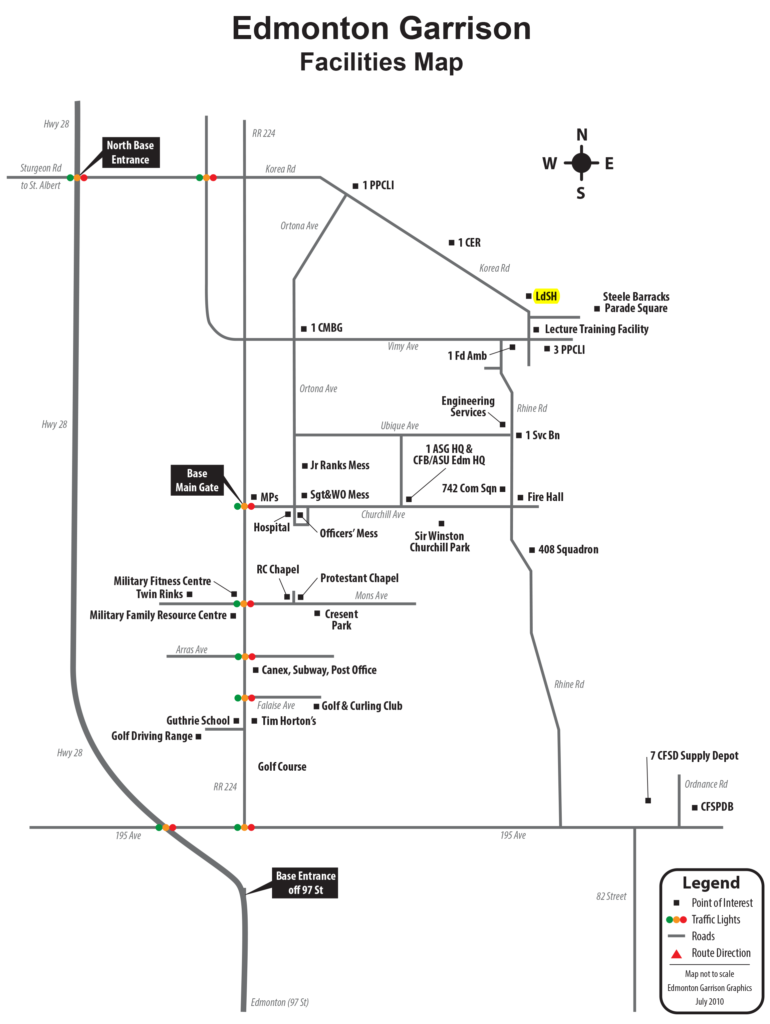